How Bettors Are Preparing for the NBA Play-In Tournament 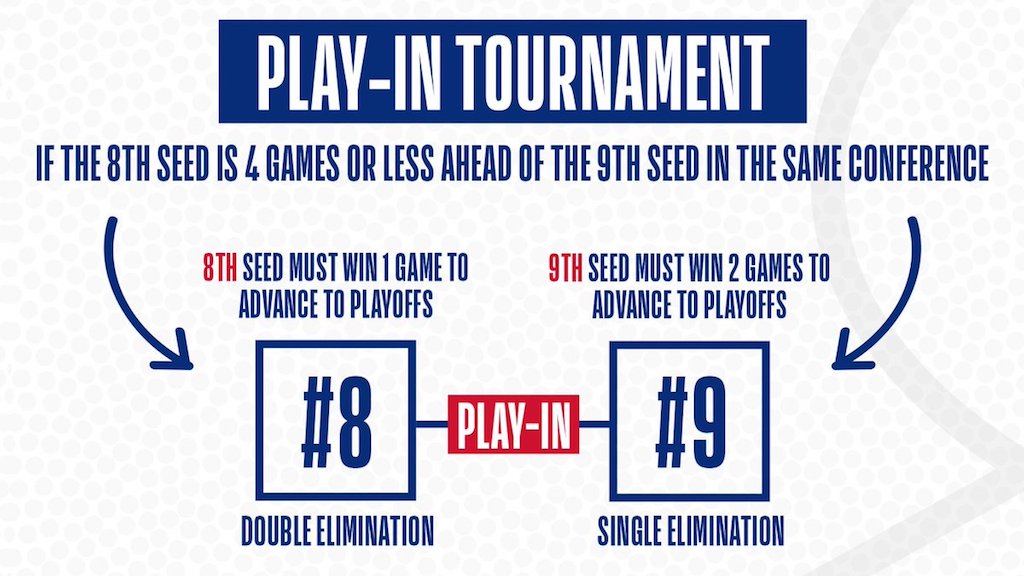 The 2020-21 NBA regular season is winding down, and many questions are out there regarding the NBA Play-In Tournament. Bettors will soon be gearing up for the playoff season. This season, like last season, will feature a play-in tournament though the format is a bit different.

Bettors should be prepared to find value in a number of bets for the play-in tournament. Here’s how they can get started.

GETTING READY TO BET THE 2021 NBA PLAYOFFS

In order to understand how to bet the NBA play-in tournament, we have to know exactly how it works. Last season, the play-in rules only affected the Western Conference. This year, those rules are different.

In both the Eastern and Western Conferences, the seventh-place team at the end of the regular season will host the eighth-place team.

The team that wins that game becomes the No. 8 seed with the loser going home. The loser of ninth- versus tenth-place game is automatically eliminated.

Home court advantage is more of a big deal in college basketball, but playing at home still is a slight advantage. It’s even more of one come playoff time.

Home teams in the NBA win around 60 percent of their games. In the postseason, that number jumps to 65 percent.

In the play-in tournament, the seventh-place team should have the advantage of playing at home. Last year in the Western Conference play-in, Portland hosted Memphis. The Trail Blazers won and advanced.

Another factor to consider when betting the play-in tournament is rest. A ninth- or tenth-place team will be asked to win two games in four days. The regular season ends on May 16 with the first play-in games on May 18.

The team that enters the NBA playoffs as the eighth seed is going to be at a rest disadvantage heading into their first-round playoff series.

The Knicks and their recent six-game win streak have put them in sixth. New York is currently given +600 odds to make the play-in tournament. Indiana, on the other hand, has lost two straight and faded to ninth. The Pacers are given -115 odds to make the Eastern Conference play-in.

The point is there is plenty of value to find here on teams not only making the play-in tournament, but also the NBA playoffs. Keep an eye on teams within a few games of each other and occupy places six through 10 or 11 in each conference.

Before we move on, do you bet the NBA race to 20 points? If not, learn more about it today!

Keep an eye on the injury reports as the play-in tournament gets closer. Toronto, the 10th-place team in the East, has had several of its best players in and out of the lineup recently due to injury.

Kyle Lowry, Pascal Siakam, O.G. Anunoby, and Fred VanVleet have all been on the injury report recently. Which teams are healthier heading into the play-in tournament is certainly going to have an effect on the outcome.

Finally, one other factor bettors should be looking at in preparation for the NBA play-in tournament are some less popular statistics.

Turnovers and turnover creation are two. Teams that turn the ball over a lot – especially compared to their number of possessions – typically do not beat teams that take care of the ball.

Another stat to watch late in the season is offensive and defensive efficiency. Bettors that like totals bets should keep an eye on these for the NBA play-in tournament.