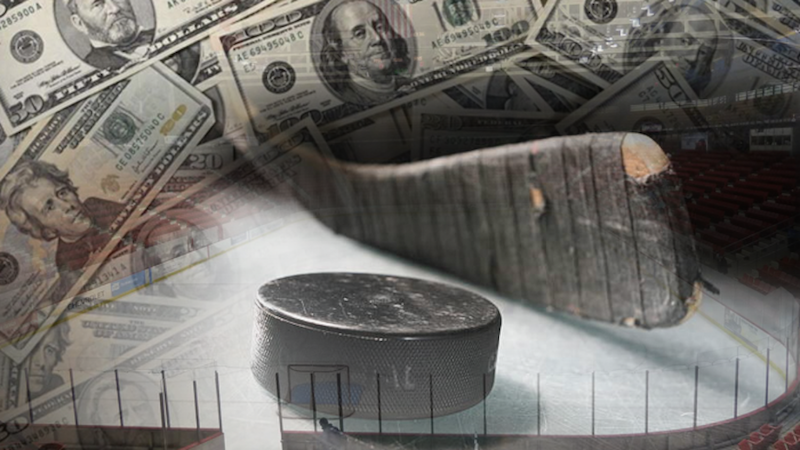 Profiting from NHL betting is a lot easier than you think. In the grand scheme of professional sports, it’s no secret that the NHL is the least popular of the four majors in North America. With fewer fans, that means there are fewer bettors in the NHL market.

That doesn’t mean there aren’t any betting opportunities. On the contrary, the savvy NHL bettor will find it very profitable betting on professional hockey. Here’s how you can be profiting from betting the NHL.

The NHL season, in a normal year, is grueling. In 2021, it’s a little different as teams have been realigned geographically to limit travel. Long road trips can often have a detrimental effect on NHL teams.

While the road trips aren’t as long, teams are playing on back-to-back days. Typically, a team playing on consecutive days is at a disadvantage when playing a team that is rested. This season, most often consecutive games are being played by the same two teams with neither team having a rest advantage.

If you find a situation where a rested team is facing a team playing on consecutive days, take advantage of it.

If you’re not all that familiar with NHL betting, remember puckline betting is the same as betting the point spread in football or basketball. In the NHL, the puckline, or spread, is always 1.5.

Now, you can bet on NHL teams to win straight up on the moneyline. However, when you find heavy moneyline favorites, it’s often best to wager on them on the puckline.

Instead of paying a premium for betting on a big favorite on the moneyline, wager on the favorite to cover the -1.5 at a lower price. If oddsmakers think a team will win convincingly, you’re better off betting the favorite will win by two goals or more.

Empty net goals are scored regularly in the NHL. They almost always come at the end of a game and they can affect any wagers on a game.

Do your homework before wagering on an underdog on the puckline. A late, empty net goal can wipe out a winning bet. The same goal can also affect the game’s total.

When wagering on NHL totals, bettors should consider how the first two periods will play out and then factor in the likelihood of an empty net goal.

If there is one thing hockey bettors can count on when betting the NHL, it is the hot goaltender. Take the first part of this season as an example. Both Tampa Bay and Vegas lead their respective divisions and one of the big reasons why is the goalie play of Andrei Vasilevskiy in Tampa and Marc-Andre Fleury in Las Vegas.

When bettors identify an NHL goalie that is hot, they should consider betting on that team and on the Under. Hot goalies don’t allow many goals. Their teams usually pick up wins and, depending upon a posted game total, typically see Unders.

Oddsmakers offer tempting game props that wise bettors should avoid. One of the more enticing game props is predicting the final score. There are more than 100 combinations of possible final scores. It’s hard enough to predict a game’s winner.

Stick with the basics and do your research to profit when betting on the NHL.